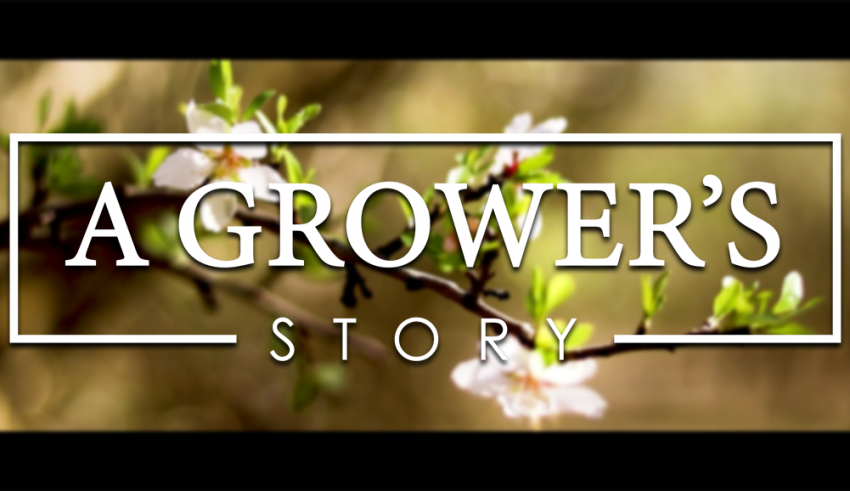 “On behalf of Malcolm Media and our partners at UPL, I am very excited to announce the realization of an initiative that has been in the planning stages to serve grape and nut growers for a long time,” shares Dan Malcolm, Publisher of American Vineyard and Pacific Nut Producer Magazines.

What started as a school video project inspired Malcolm Media to create a series of videos that will tell the stories of individual growers, not just to share within the industry, but with the real purpose of sharing the stories of farmers with the general public.  ““A Grower’s Story” will serve to introduce our urban neighbors to the good people who grow the food we all consume,” Malcolm reports.

As told by Emmy Award winning documentarian Joseph Malcolm, “A Grower’s Story” is part of the ongoing commitment at Malcolm Media to serve the agricultural community.  By telling the stories of grape and nut growers, providing farmers a platform from which to tell their own stories, this facilitates a relationship to develop in the hearts and minds of people everywhere with their rural benefactor.  It could certainly be argued that consumers need to know about the food they eat, but more importantly, if they could learn from growers themselves, getting to know more personally the good people who feed the world, we can establish bonds between farmers and consumers that will make us all friends.

“We want to provide growers with success in farming,” Malcolm explains.  “It is so important in our current climate that there be positive buzz about growers and their endeavors so that they may be free to feed the world without misunderstandings that often occur when there is minimal or incomplete information available to those wanting to know more.  We at Malcolm Media believe it is key to grower success that we invest and help share with our friends who consume the bounty which growers provide, the work and deeds of good farmers.  This is what “A Grower’s Story” is all about.” UPL, a leader in global food systems and one of the top five agricultural solutions companies worldwide,  also has vision to help spread the good word of what growers do and have generously invested to assist Malcolm Media in the creation and worldwide distribution of short “A Grower’s Story” documentaries that will tell the stories of the people who grow food.  “We are so grateful that our good friends at UPL are enthusiastically partnering through funding the “A Grower’s Story” initiative for 2022,” Malcolm shared.

Malcolm Media will publicize this video series utilizing their own in-house social media tools, both print and digital (American Vineyard, Pacific Nut Producer, AmericanVineyardMagazine.com, PacificNutProducer.com, CaliforniaAgNet.com), as well as new tools specifically developed for the purpose of outreach to the general public, outside their traditional ag channels.  GrapeGrower.org and NutGrower.org were launched on April 1st for this exclusive purpose of hosting “A Grower’s Story” three to five minute non-commercial documentaries.  Additionally, and perhaps more importantly, Malcolm Media will use social media and other means to get viewership of many more outside of agriculture to elevate the image of growers and those who work in farming to consumers.  A Grower’s Story has been launched on Facebook, Twitter, YouTube and LinkedIn for the purpose of connecting with the community.  The goal is to reach as many as possible with positive messages about grape  and nut growers, the good people they are and the essential work they do. Beginning in April, Malcolm Media will begin to distribute “A Grower’s Story” documentaries regularly through the end of 2022 to feature twelve growers this year.  The plan is to continue beyond 2022 with as many stories as there are to be told, reaching as many members of the general public, making new friends for agriculture, for many years to come.

Joseph Malcolm first took an interest in video journalism as a high school student at Buchanan High School in Clovis, California, where he graduated valedictorian in 2018.  As part of an advanced and award winning team of student journalists, he learned skills behind the camera, and earned the opportunity to serve as an on camera personality telling the stories of members of their campus community.  Under the tutelage of Digital Filmmaking/Videography teacher Dan Pearce, Joseph learned his craft through participation in the production of regular broadcasts, commercials, music videos, and documentary storytelling, for which he won his first Emmy at the ripe young age of 18, titled “A Grower’s Story.”

“With the directing and camera skills of documentarian and photojournalist Joseph Malcolm, we are confident stories will be told that will bring farmers into the hearts of people everywhere,” shares Malcolm.  “We are so excited to serve our grape and nut industry community in this unique and heartfelt way, and have ultimately envisioned an extensive collection of “A Grower’s Story” documentaries representing all of the industries we serve.”