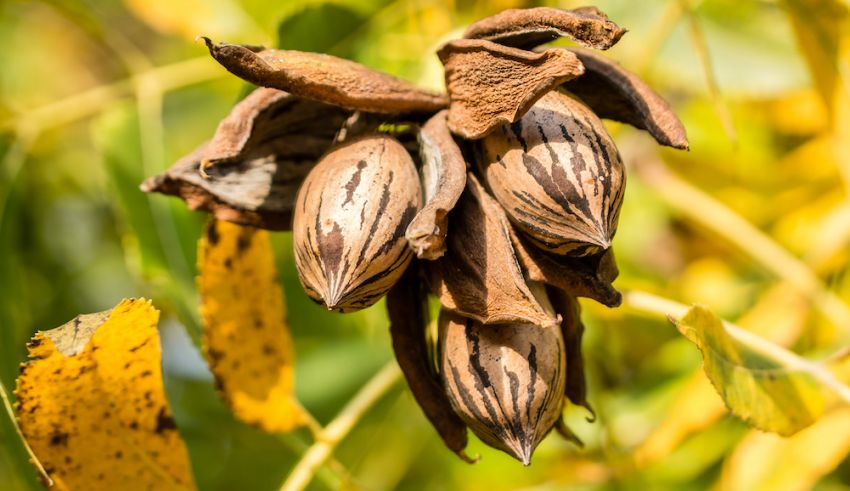 The holidays are a time to bake pecan pies and make salted pecans. And for the more daring, making pralines. And it seems the pecan pie has been around for about a hundred years now, originating in Texas!

The pecan industry is substantial, according to USDA statistics. On average, pecan orchards produced around 250 million pounds of nuts per year in the past decade. The industry is valued at about $400 million USD. (We won’t calculate the number of calories in these values!)

New Mexico was the leading state for growing pecans in 2018, beating out Georgia. This could be due to lingering effects of Hurricane Michael on Georgia’s orchards, which broke many limbs and branches. In addition, Georgia suffered from hot, dry weather in the peak nut-ripening months of August through September 2018.

No matter who started this delicious tradition, pecans continue to be a holiday favorite. But they are grown in the south, which has been experiencing increasing drought. This is especially true in New Mexico, where some researchers studied the effects of using brackish water to irrigate this tasty nut.

Water in the southwest is already in jeopardy. Winter snow and rains are not replenishing water sources. Summer heat increases its evaporation. When water comes in contact with rocks or other sources of salt, some salts dissolve in the water – a natural process. But as the water evaporates, that increases the salinity of the water, because salt does not evaporate along with the water. This salty water is called brackish, which has less salt than ocean water.

An ancient civilization called the Hohokam found out the effects of using brackish water a long time ago. In good years, when rains could wash out some of the salt in the soils, crops did well. But over time, the soils became unproductive, and the Hohokam had to move on.

Their results indicate that continuous irrigation with salty water can be done for up to one year. However, after that, the plants showed signs of stress: “burned” leaf edges, yellowing of leaves, and branch dieback. They also observed salt accumulation due to the water evaporation at the soil surface in their test plants.

Current conditions in New Mexico mean that scientists and engineers need to step in and work to find ways to reduce the amount of salt in irrigation water. To be able to continue pecan production under drought conditions, the water will need to be desalinated. There are several methods to do this, but they are expensive. An alternative is to breed pecans that are more drought, and salt, tolerant.