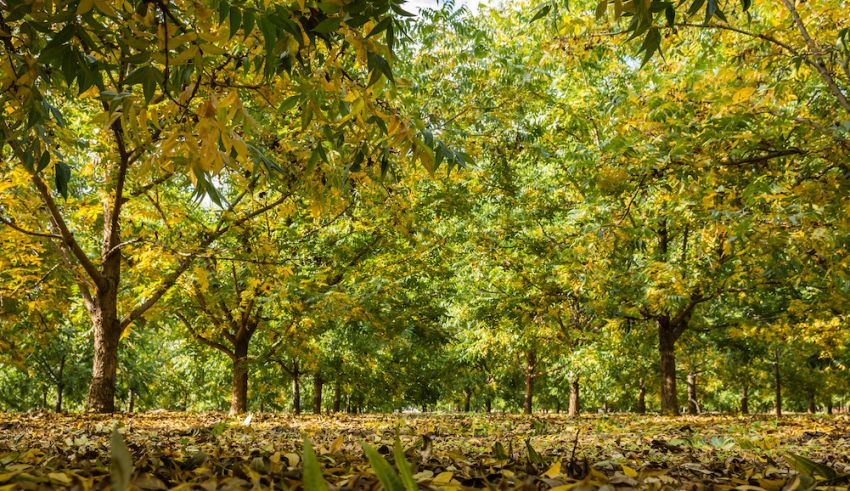 On July 1, 1930, the Agricultural Research Service (ARS) formally began its pecan research and breeding program in Austin, TX. With this support from ARS scientists, the United States became the world’s leading producer of pecans, a crop estimated to be worth over $560 million.

According to their research, fungi that can naturally disable or eliminate insects may be key to protecting pecans’ future. Shapiro and his team identified two particularly “friendly fungi,” Beauveria bassiana and Metarhizium brunneum.

Although harmless to humans, both fungi have shown an ability to effectively control economically damaging insects like pecan weevils, aphids, and stink bugs. There also appears to be a positive correlation between the presence of those fungi and the growth of the plants they’re applied to, leading to increased plant height, number of leaves, and root length.

“For growers and consumers interested in organically grown pecans, this is an exciting finding,” said Shapiro. “More than ever, conventional pesticides are discouraged because of the chemical residues they leave behind that can hurt not only nontarget organisms, but also the overall environment. Fungi like B. bassiana, on the other hand, are naturally occurring, relatively widespread, and safe for people and plants. This is a big step in ensuring the productivity, profitability, and environmental sustainability of U.S. pecan production.”

In conventional agriculture, crops are typically sprayed with chemically formulated pesticides. Insect-killing fungi such as B. bassiana and M. brunneum can also be sprayed using most standard agricultural equipment. However, fungi like B. bassiana are also endophytes – meaning they can live within the tissues of a host plant. Because of this characteristic, B. bassiana can coexist with and offer protection to pecan plants at the earliest stages of growth. The fungus is applied via a relatively simple inoculation process.

There are several different approaches that even home gardeners or noncommercial pecan tree growers can replicate, said Shapiro. For example, a pecan seed can be rolled in fungus-spore powder or soaked in a fungus-spore solution. If the pecan plant has already sprouted into a seedling, drenching the soil around it with a high concentration of the fungus or spraying the leaves with the spores will also inoculate the crop. The protection provided by the inoculation can last as long as 3 years, which may be critical to ensuring the plants reach pecan-producing maturity.

Beyond their potential as biopesticides and organic growth promoters for pecans, B. bassiana and M. brunneum have also successfully defended plants and people from threats like fungal diseases and pests such as mites, bedbugs, and mosquitoes. ARS continues to investigate the additional benefits of endophytes to pecan trees and other crops. – By Georgia Jiang, USDA-ARS Office of Communications