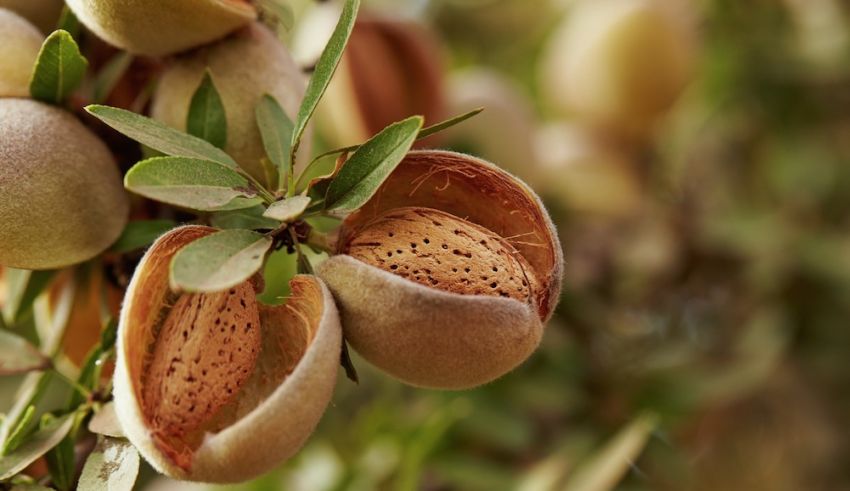 Photo Courtesy of the Almond Board of California

Almond Board of California — The California Almond Objective Measurement Report, published Monday by the United States Department of Agriculture-National Agricultural Statistics Service (USDA-NASS), estimates that the 2021 crop will come in at 2.8 billion meat pounds, 10 percent below last year’s record of 3.1 billion pounds. (Editor’s Note: The steep decline in production this year comes as a big surprise with the May subjective forecast suggesting a larger crop at 3.2 billion pounds) 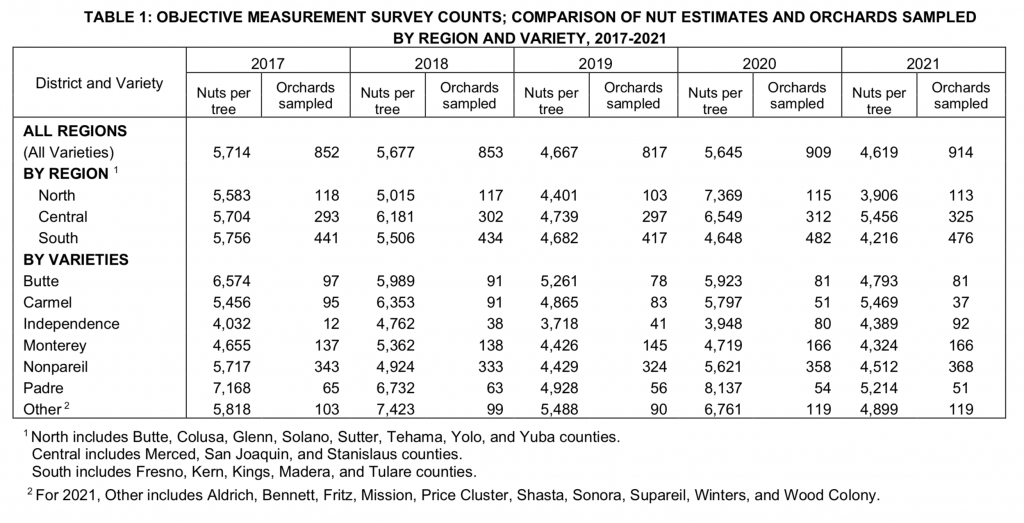 The drop comes during a very difficult water year across California and at a time when the almond industry is navigating a complex market with record shipments but with returns to growers down from recent years.

“The report still forecasts a really large crop, and it’s further proof that California is an ideal place to grow almonds, even in difficult times,” said Kent Stenderup, Chair of the Almond Board of California (ABC) Board of Directors. “It’s also a testament to the hard work of growers and their efforts to improve stewardship practices and meet the demands of consumers despite the hurdles we’re facing this year.”

“Shipment numbers show that the demand for California almonds continues to increase both in the U.S. and around the world,” said Almond Board President and CEO Richard Waycott. “The strong forecast means the California almond industry will keep up with that growing global demand with a steady supply of high quality almonds. With such strong demand, competition for the 2021 crop could lead to a much needed increase in the return to growers, which is currently below the cost of production due to the recent record crop.”

ABC’s June 2021 Position Report showed that both exports and total shipments increased the records set in May for a single crop year, while shipments within the U.S. are on pace for a record year. Through June, total shipments reached 2.67 billion pounds. The crop year ends July 31. 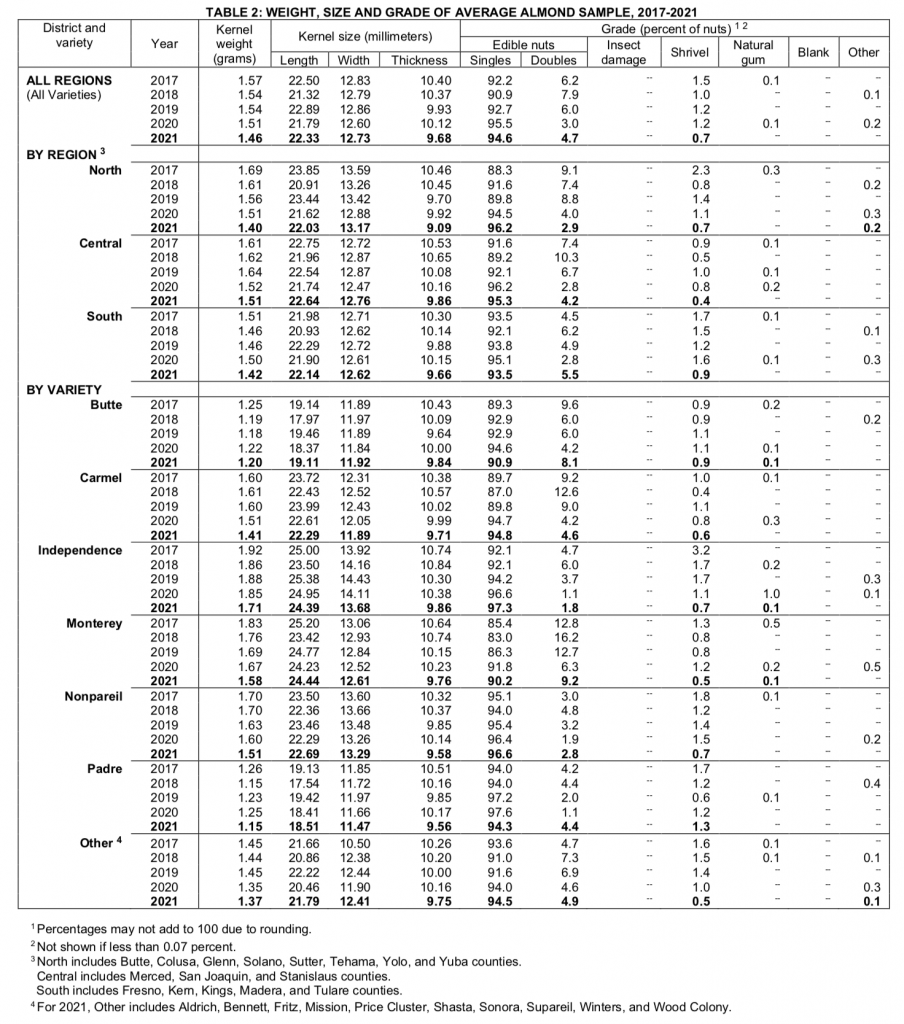 USDA-NASS conducts the annual Objective Report, Subjective Forecast and Acreage Report to provide the California almond industry with the data needed to make informed business decisions and it thanks all farm operators, owners and management entities for their time providing the information necessary to create these reports. These reports are the official industry crop estimates. 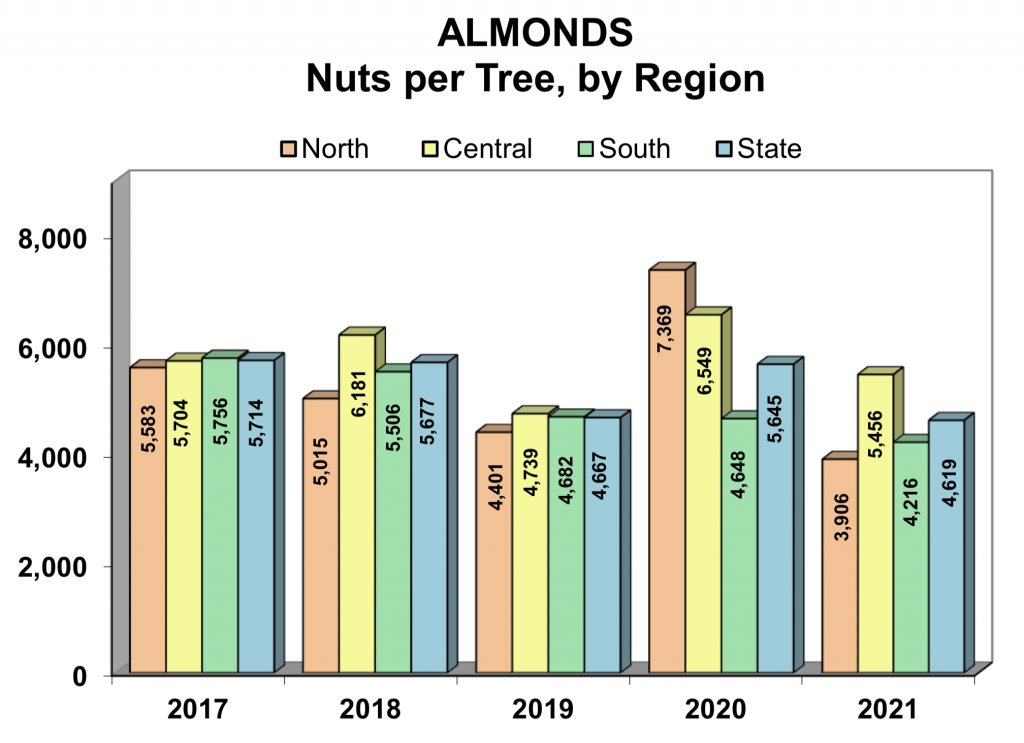 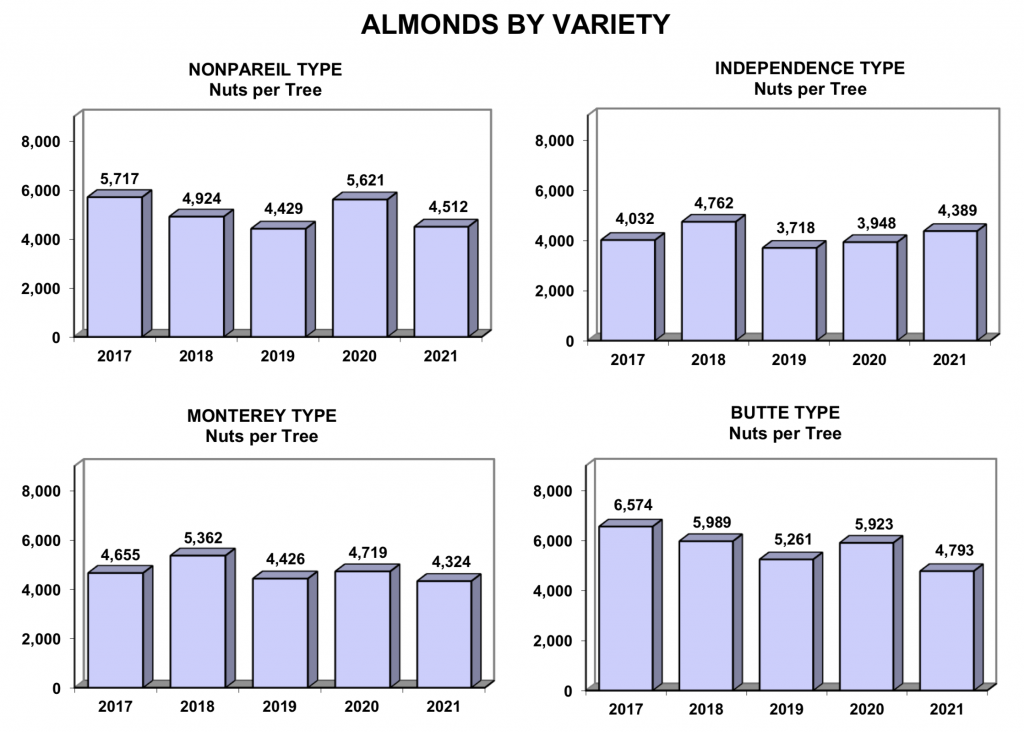 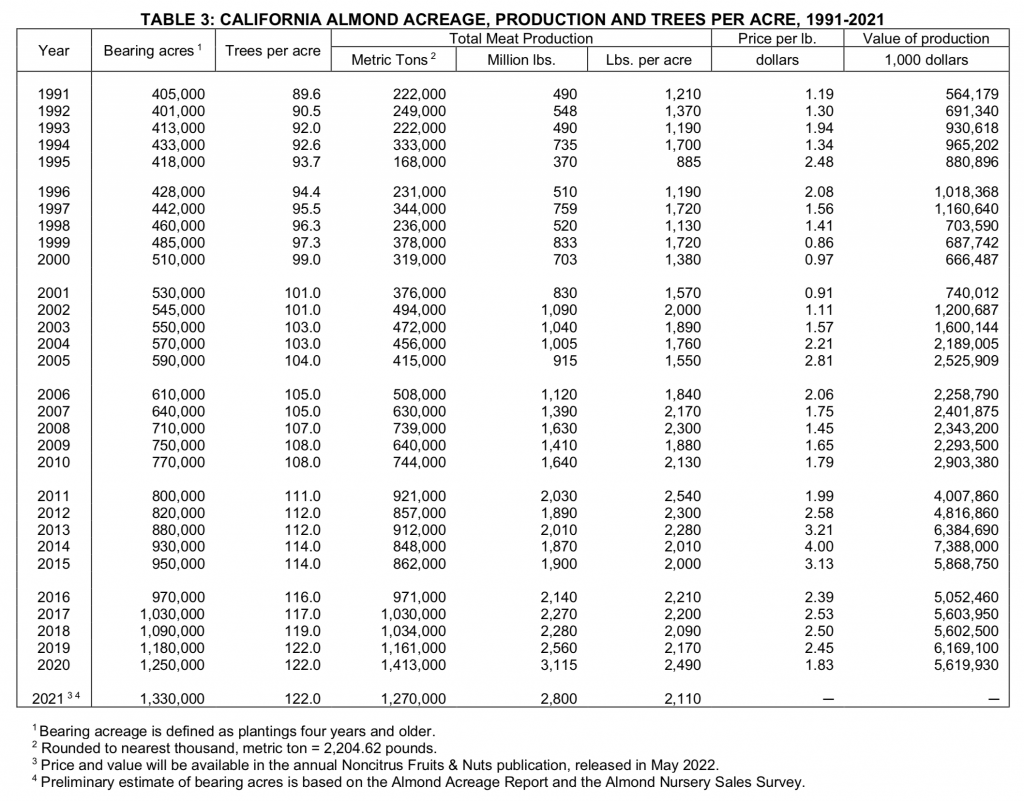 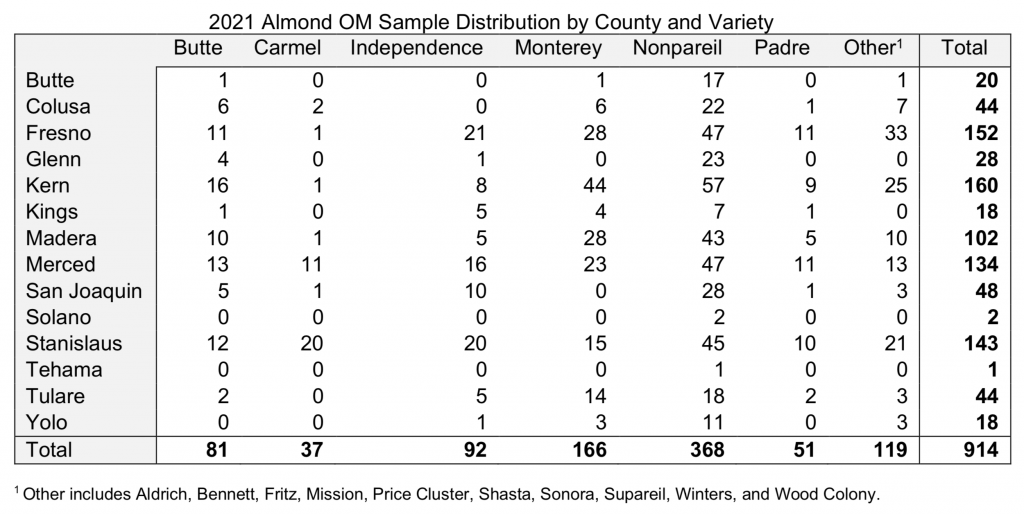