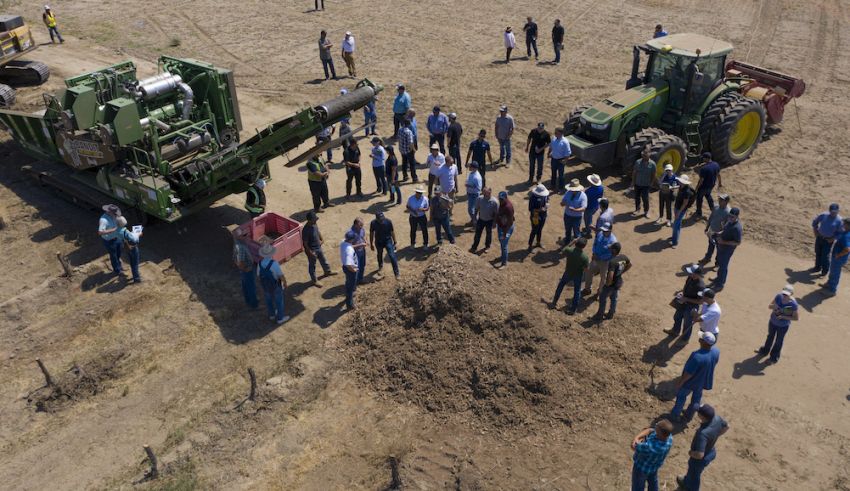 On June 29, Nisei Farmers League, along with other agricultural organizations, held an in-person demonstration pilot project at a vineyard in Madera County to display alternatives to agricultural burning. The project is looking for cost-effective solutions to orchard and vineyard removals due to most agricultural burning being phased out by December 31, 2024, as passed earlier this year by the California Air Resources Board (CARB).

Special thanks go to Samir Sheikh and his staff at the SJVAPCD for helping with the demonstration, the documentation and acquiring the funding needed to make the alternatives available to growers in the San Joaquin Valley.

Lastly, a special thanks to Daniel Hartwig and Woolf Farms for providing the vineyard site.