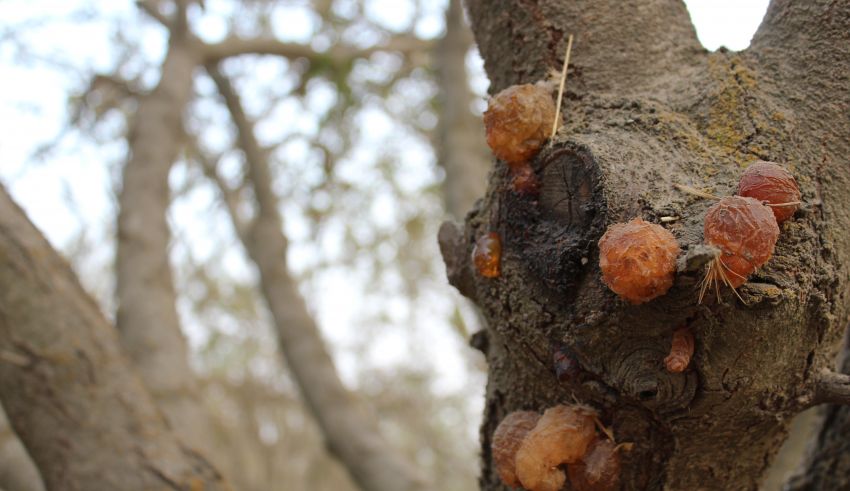 In California, fungal canker diseases have long been known to affect almond trees. However, they have become an increasing concern to growers in recent years as they are affecting a greater extent of young trees, eventually resulting in significant tree losses. Canker diseases can also become prevalent in mature orchards, impacting yield, the lifespan of trees, production costs and overall profitability of almond orchards. Ultimately, trunk and scaffold canker diseases constitute a major cause of tree death and branch dieback in California almond orchards. 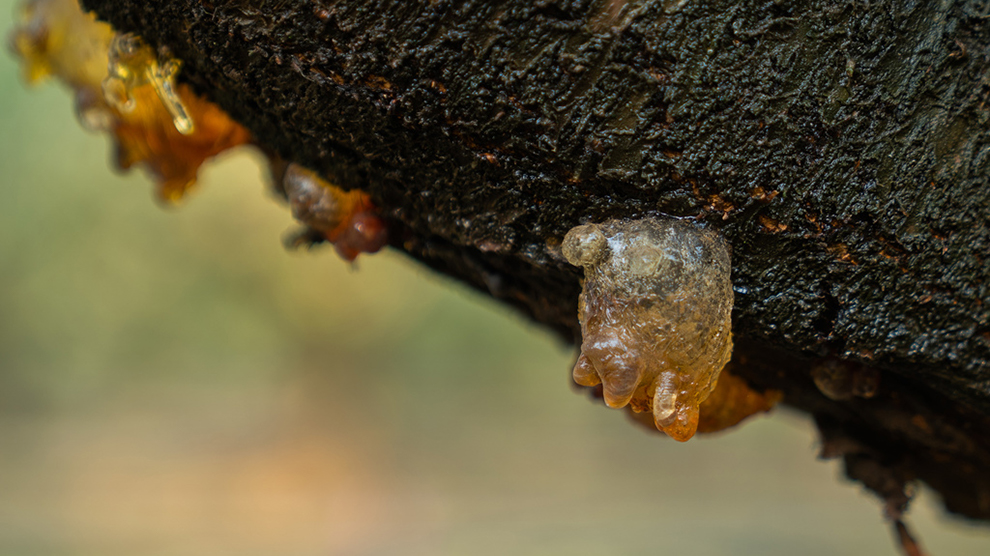 As the University of California (UC) Assistant Cooperative Extension Specialist in Plant Pathology for fruit and nut crops when I receive calls from farm advisors, almond growers and Pest Control Advisers (PCAs) the questions they most frequently have are in relation to canker diseases, asking how can it be diagnosed, and how can it be treated.Symptoms on affected trees are very conspicuous and often alarming to growers. Moreover, field diagnosis of canker diseases is difficult as symptom delineation among the various canker diseases is not clear. Hence, laboratory tests are usually required to obtain accurate disease diagnosis, which is essential to the implementation of appropriate management strategies.With support from the Almond Board of California (ABC) and with the help of farm advisors, my laboratory conducted statewide surveys to characterize canker diseases in almond orchards and to get a thorough understanding of the main diseases and pathogens present. This work has provided molecular tools and a database for the accurate identification of fungi commonly isolated from almond cankers.This article will provide an overview of the main canker diseases that impact almond trees and how they can be recognized. But first, let’s review some general concepts about canker diseases.What is a canker?A canker in woody plants generally refers to a lesion produced in the bark of a plant’s stem, twig, or branch, often resulting in a dead area that can block water and nutrient transport to portions of the tree, thus causing parts of the plant to die back. Most cankers are caused by fungi, which invade bark tissue and the current season’s wood. However, some fungi colonize in both bark and internal wood tissue, causing canker rot or wood cankers that persist for years.Wood cankers typically consist of brown-to-dark brown discoloration of xylem tissues and may vary in shape from wedge-shaped to round, or irregular. What are the main infection pathways and disease cycles of canker diseases?In orchard systems, cankers usually originate around wounds such as pruning wounds, mechanical injuries, sunscald and sunburn lesions, as well as wounds caused by insect borers. In almonds, canker pathogens infect trees mainly through pruning wounds made for primary and secondary scaffold selection to provide the general structure of trees. Cracks in the tree crotch or on the trunk as well as shaker injuries provide other entry points for canker-causing pathogens in almonds. Canker diseases may go unnoticed during the early stages of infection, though symptoms become more visible as the trees age.Most fungal canker pathogens produce fruiting bodies on dead wood of infected host plants. The spores produced by these fruiting bodies serve as inoculum for new infections, mostly during wet weather. The vegetation present in the vicinity of orchards, particularly trees in riparian areas or neighboring orchards of susceptible crops, may serve as inoculum sources for fungal canker pathogens affecting almonds. Once a canker disease has been established in an orchard, infected almond trees can provide additional inoculum for further infection. Does stress play a role in the exacerbation of canker disease?Recent outbreaks of canker diseases in perennial crops have been attributed in part to drastic changes in production practices, climate change and increased plant stress, the continuing adaptation of pathogens to new environments, and, most importantly, the global movement of plant material. Ultimately, though, trees suffering environmental stresses are more susceptible to canker diseases.Microorganisms that usually do not cause disease in non-stressed hosts may become opportunistic pathogens of stressed plants. Increases in canker diseases are common during extended periods of drought or following sudden temperature fluctuations. Drought stress can also impair the plant’s ability to defend against fungal invasion. Conversely, excessive watering can kill roots and predispose plants to canker pathogens.What are the main canker diseases in California almonds, and what are their symptoms?Ceratocystis canker

Ceratocystis canker, caused by the fungal pathogen Ceratocystis destructans (formerly known as Ceratocystis fimbriata), is one of the most prevalent canker diseases in California almonds – it occurs statewide in all almond producing counties. While this disease is generally associated with shaker damage and bark injuries on trunks during harvest, C. destructans is also capable of infecting branches from fresh pruning wounds and if left untreated can kill branches, scaffolds and entire trees. Ceratocystis is spread by several species of sap-feeding beetles and fruit flies.Ceratocystis canker starts as water-soaked injuries that are darker than the surrounding healthy tissue. Symptoms of established infections include amber-colored gumballs that are produced around the margin of the canker, where the fungus is most active. The cankers are perennial, persist over several years, and are most active during the growing season. Young trees infected with Ceratocystis canker may die rapidly while infections in older trees usually progress slowly. Band canker and other Botryosphaeriaceae cankers

Although band canker was first reported years ago as a disease in almonds, it’s appearance had been very sporadic up until the last decade, when this disease was suddenly being reported in large numbers of commercial orchards and causing severe damage.

Band canker produces unique symptoms that include oozing amber sap that forms in a ring around the circumference of the tree. Young, vigorous varieties that grow quickly from aggressive nitrogen and water inputs are especially prone to band canker. Solid sprinkler irrigation or micro-sprinklers that wet the tree trunk can create conditions favorable for infection.Band canker is often an annual disease that occurs when trees are in their second-to-fifth leaf and usually does not necessarily reappear the following year. However, an increasing number of cases have been reported lately where cankers are being re-activated in following year. Tree death due to band canker has become more common as multiple bands can develop as the canker continues to grow from one growing season to the next.Botryosphaeriaceae cankers are characterized also by gumming around pruning wounds made near the trunk or in main scaffold branches. Band canker and Botryosphaeriaceae cankers are particularly common in young almond orchards in the northern San Joaquin Valley and well as in the Sacramento Valley.Infections by Botryosphaeriaceae fungi are usually associated with growth cracks or pruning wounds on the trunk and main scaffold branches. Studies have revealed there are at least 12 different Botryosphaeriaceae species in almonds, each with various levels of virulence. Among them, Neofusicoccum species, including N. parvum and N. mediterraneum, are the most common in California. Neoscytalidium dimidiatum also occurs frequently in cankers developing around pruning wounds on the trunk. This pathogen also can cause shoot blight and fruit rot in almonds.Eutypa dieback

Eutypa dieback in almonds occurs sporadically in the Sacramento Valley and in the northern San Joachim Valley. Eutypa dieback is caused by the fungus Eutypa lata and is a common disease in apricots, sweet cherries and grapevines. Eutypa dieback in almonds is usually found in young trees.Cankers mostly originate from pruning wounds on limbs or trunks as well as from cracks formed at the junction of scaffold branches and the trunk, extending downward toward the graft union or upwards into one or more scaffold branches. Amber-colored gum turning dark brown to reddish brown normally exudes around the cracks. Irregular-shaped to wedge-shaped, brown-colored cankers are observed from cross sections of limbs and trunks.Limb dieback may occur several months or years after infection. The fungal fruiting bodies, i.e. the perithecia of E. lata. are rare in almond orchards, suggesting sources of inoculum for this disease most likely originate from surrounding susceptible hosts including apricot and grapevine as well as natural host plants in riparian areas such as willows. Cytospora cankers

Cytospora species have been traditionally thought to be secondary to sunburn and other stresses or injury in stone fruits. However, their prevalence in cankers together with pathogenicity studies suggest that this group of fungi constitutes virulent pathogens. Overall, Cytospora pathogens are of increasing concern in recent years in many fruit and nut crops in California.— By Florent P. Trouillas (Through the Almond Board of California), Assistant Cooperative Extension Specialist in the Department of Plant Pathology at the University of California, DavisStay tuned for a follow-up article from Trouillas on how growers can manage different types of canker diseases in their orchards. Growers are also encouraged to check out the Univeristy of California IPM website for more information on various types of canker diseases.