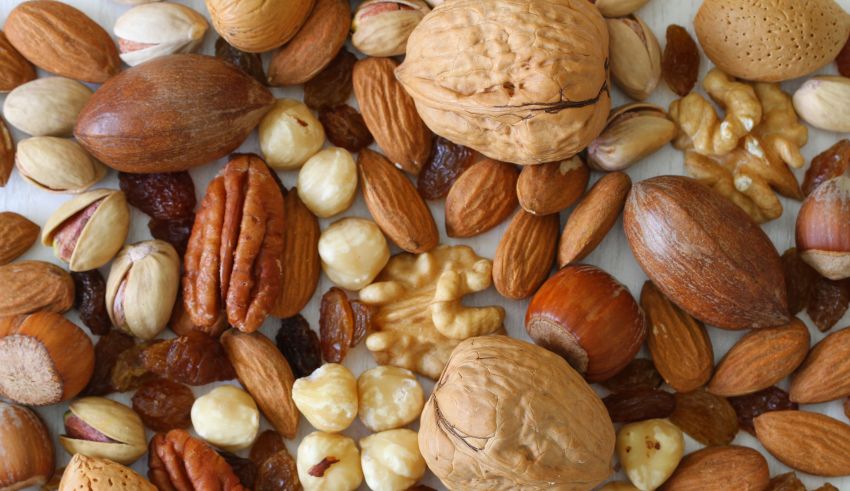 In 2019, U.S. shipments of tree nuts to the EU-28 (EU-27+UK) reached $3.1 billion. The United States continues to be the largest supplier of tree nuts to Europe. While EU investment and production of tree nuts continue to increase, production is still far from meeting domestic demand. Confinement measures during the height of the COVID-19 pandemic changed EU consumer habits. As consumers spent more time at home, demand for tree nuts, as a healthy snack option and as a home baking ingredient, grew compared to previous years. The evolution of consumer demand in the fall, the annual peak for tree nut consumption, will determine the extent to which this new consumption level will remain in the long term.

In 2019, U.S. shipments of tree nuts to the EU-28 reached $3.1 billion. Sales of U.S. almonds (both in- shell and shelled) totaled close to $1.8 billion, followed by pistachios with $609 million and walnuts with almost $328 million. Within the EU, the most significant importers of U.S. tree nuts (in order of importance) are Spain, Germany, and the Netherlands, accounting for 64 percent of total imports.

The United States continues to be the largest supplier of tree nuts to Europe, with 41 percent of the market share (in value) in 2019. Turkey ranks second with a market share of 20 percent, followed by Vietnam, Chile, and China. Almonds continue to be the main imported tree nut with almost 24 percent of the total EU tree nuts imports. These numbers prove the importance of the United States as an agricultural trading partner to the EU.

The growing popularity of healthier snacking and eating habits among European consumers continues to encourage consumption of nuts, both tree nuts and ground nuts. The fight against cardiovascular diseases, the desire for general health and wellbeing, along with the publication of scientific studies highlighting the benefits of nut consumption, are likely to continue fueling demand for these products.

The snacking industry is channeling its efforts to offer consumers new products and new ways to consume nuts. Thus, due to the mature nature of the European market, EU manufacturers are focusing their strategies on launching new value-added innovative products rather than focusing on volume sales. They continue to emphasize the health benefits of tree nuts, both through advertising campaigns and in packaging.

Confinement measures in response to the COVID-19 pandemic slightly changed EU consumer habits. As consumers spent more time at home, traditional consumers increased their demand for tree nuts, as a healthy snack option but also as a home baking ingredient. In addition, a wave of new consumers also fueled the growth in household tree nut demand. With the end of confinement measures, it is reasonable to assume that some of these new consumers will continue purchasing tree nuts. The evolution of demand in the fall, the traditional annual peak for tree nut consumption, will also determine the extent to which this new consumption level will remain in the long term.

Expanding business in the EU market

Since the EU remains a key export market for U.S. tree nuts, exporters continue to explore ways to expand their overseas business. Trade shows are an excellent opportunity to get to know the market and to meet potential importers. Some of Europe’s leading trade shows are:

SIAL October 15-19, 2022 Paris, FranceOne of the largest and most important international marketplace for foodservice professionals, with 7,200 exhibitors and 160,000 visitors.

New-to-market exporters interested in getting a better understanding of EU food regulations and market opportunities are encouraged to reference the EU-28 Food and Agricultural Import Regulations and Standards (FAIRS) reports and Exporter Guides produced by various EU FAS Offices.

Trade associations like the Almond Board of California, American Pistachio Growers and the California Walnut Commission continue to develop strategies for the EU market. These trade associations, in cooperation with FAS offices, work actively to further develop the market for U.S. tree nuts.

The European Union is one of the world’s leading producers and consumers of almonds. Furthermore, the EU is the single largest export market for California almonds with Spain as the leading European importer. Every year, California almond production is exported to more than 100 countries worldwide, and the EU-28 represents almons 40 percent of all California’s almond exports.

For MY 2020/21, the latest official forecast published by the Ministry of Agriculture, Fisheries and Food (MAPA) estimates a production of 108,303 MT (shelled basis). This preliminary figure denotes an increase close to 8 percent compared to previous year’s crop due to favorable weather conditions during the flowering, lack of significant frosts and above average levels of rain in the winter and the beginning of the spring, in addition to the new production areas with integrated irrigation systems.

Italy is the second largest EU-28 almond producer after Spain. Sicily and Puglia are the main almond- producing areas, collectively accounting for approximately 88 percent of total supply. Tuono, Pizzuta d’Avola, Fascionello, Filippo Ceo, Fragiulio Grande, Genco, Falsa Barese, Ferragnés are the leading varieties grown in the country. Italy’s marketing year (MY) 2020/21 almond production is forecast to significantly drop from the previous season as reduced volumes in Puglia (due to heavy frosts occurred at the end of March) were not compensated by increased quantities in Sicily. Quality is expected to be excellent in Puglia and good in Sicily.

Nuts consumption continue to grow, since they are considered a great alternative to healthy snacking. Due to the increasing awareness of healthy lifestyles, nuts are becoming increasingly popular all- around Europe. Nutritionists have included nuts in diets for weight control or the recommended consumption for pregnant women are just examples of benefits, supported scientific studies, which continue to encourage the consumption of nuts, both as snack and as ingredient.

In addition, almonds represent an important component of the Mediterranean diet. In-shell almonds are mainly sold for fresh consumption. Shelled almonds are milled and generally used as a raw material for confectionary and bakery food companies. New eating habits are also affecting the demand for nuts. The increasing number of plant-based diets is also helping to drive demand for nuts, as consumers look for alternative forms of protein to meat and fish.

Tree nuts imports are indispensable for EU consumers. Traditionally, consumers prefer locally grown products mainly due to consumer loyalty and habits, but in the EU, consumption of nuts is higher than production; this has caused an increase in both domestic production and in imports of nuts.

In MY 2018/19, the United States was the main almond supplier for European importers. U.S. almonds face competition from Australia and locally grown almonds, mainly from Spain.

By volume, the main EU destinations for U.S. almonds were Spain, Germany, and the Netherlands. Many countries import large quantities of almonds destined both for domestic consumption and re- export markets, as well as for the food and snack industry.

The top destinations for EU-28 almonds in MY 2018/19 were the United States, the autonomous city of Ceuta and Switzerland. The largest EU almond exporter is Spain with Spanish exports destined mainly for other EU Member States.

The two main producing areas in France are:

-Aquitaine in the South West (including “noix du Perigord” AOC)

-Rhone-Alpes in the East (including “noix de Grenoble” AOC)

Meanwhile, Romania’s estimated production for 2020 is lower that the last two years due to unfavorable rainfall.

In Spain, the main walnut growing regions are Andalucia, Extremadura, Castilla-La Mancha, and the Valencia region. As of the date of this report, the Spanish Ministry of Agriculture, Fisheries and Food (MAPA) has not yet published the official walnut production data for MY2020/21. If weather conditions remain favorable, Post expects a slightly higher production of 15,500 MT for the current MY. Read the rest of the USDA Foreign Agricultural Service Report HERE.