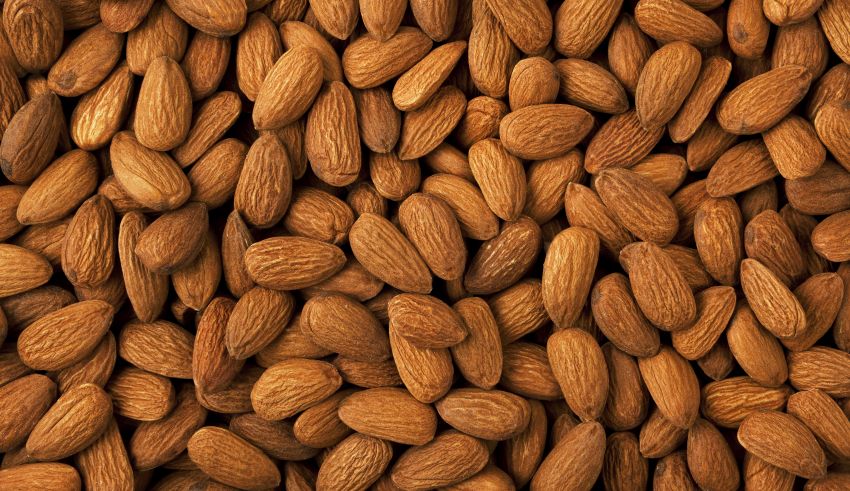 Almond Board of the California — As California almond growers consistently produce yields at record or near-record levels year after year, it is important that those nuts find a home. Increasingly, that means expanding existing export markets and continuing to grow demand in those regions, while always keeping an eye on new opportunities globally. In the past year, the COVID-19 pandemic has presented a temporary challenge in moving nuts from California ports to export markets, a challenge coupled by situations like China’s continued tariffs. Still, the Almond Board of California (ABC) continues to strongly support the California almond industry through key marketing initiatives, education and negotiation with foreign trade officials, and frequent discussions with regulators in the U.S. and abroad.

Take a deeper dive into how last year’s crop performed in terms of global shipments and hear from ABC program leads on market and trade trends, as well as ways that Almond Board staff are continuing to grow demand and support trade worldwide. The U.S. Department of Agriculture (USDA) National Agricultural Statistics Service (NASS) has a challenging task in forecasting California almond production. Each July, USDA-NASS releases the Objective Measurement Report, which is based on samples of orchards gathered from throughout the state and measuring/weighing of kernels in order to estimate that year’s production. The production forecast reflects a range, which USDA-NASS has been within nine points of in the last 13 years. However, the 2018 report was narrowly outside the range and the 2019 report missed the mark by quite a bit.

To address this issue, in the fall of 2019 ABC convened an Almond Forecasting Task Force made up of industry members, USDA-NASS officials and ABC staff to review almond forecasting procedures and identify potential changes to sampling methodologies to improve future crop estimates. To help USDA-NASS refine its production estimates, the task force recommended leveraging almond acreage information from Land IQ, a Sacramento-based agricultural and environmental scientific research and consulting firm that developed and maintains a comprehensive living map of California almonds. Implementing that and other changes, USDA-NASS has improved its data collection process, and hopes remain high that future Objective Reports will be closer to actual crop yields. This past year, the industry saw nearly parallel growth between domestic shipments (which grew 4.5%) and exports (which grew 5.0%). This growth comes despite the current challenging trade environment. The California almond industry’s investment in nutrition research and global market development has helped lay a strong foundation for demand around the world that has helped the almond community navigate through tougher times.

And the work continues. In the past year, the Almond Board expanded its areas of nutrition research with its first study in the area of beauty. To ensure consumers are keeping almonds top of mind, the Almond Board is also continuing its efforts to build demand through consumer marketing programs in 11 countries, from India and Japan to the U.S. and Mexico. The past year’s programs included launching new advertising campaigns in multiple markets, including in the United Kingdom and India to continue building demand globally for California almonds.

“One of the things that I first noticed when I joined the Almond Board four years ago was the passion and pride staff have in helping grow this industry,” said Vice President of Global Market Development Emily Fleischmann, “and that fire continues. It’s what has helped our teams launch innovative new campaigns like ‘Do You Almond’ in the UK this past year and what helps almonds remain the number one nut in new product introductions for 10 years running.”

“Our teams keep pushing harder to make our programs stronger year over year,” she said. “In the year ahead, stay tuned for more on our U.S. partnership with Olympian Kerri Walsh Jennings as she works toward the Tokyo Olympics, as well as a brand new campaign in France and our first digital program in India.” Global trade tensions with China have changed the landscape of priority markets.

“Five years ago, China was our second-largest export destination. It stayed as the third-largest market for several years, surpassed only by the strong growth of the Indian market,” said Julie Adams, vice president of Global Technical and Regulatory Affairs for the Almond Board.

With an increasing middle class and economic growth, China was on track to expand, and ABC’s marketing investments helped spur that growth. But retaliatory tariffs implemented two years ago changed that momentum.

The situation has resulted in China dropping to fourth in the line of U.S. export destinations. Taking a long-term view, however, China still is key to building demand for expanded crop production.

“Many of the trade issues we face in our markets – from import controls to food safety standards or pesticide MRLs – take a long time to resolve,” Adams explained. “It is essential that we build good relationships with trade and regulatory authorities in these markets so we can engage quickly to find a solution that will allow almonds to continue to flow freely into consumer channels.”

ABC is widely respected by authorities worldwide for being proactive in understanding market needs and its ability to provide technical, fact-based information across a wide range of issues. Global appeal among customers and consumers worldwide is clearly reflected in the almond industry’s regional shipments. Being well diversified helps counteract trade disruptions that can unexpectedly come up in one market or another.

“There are so many growth opportunities around the globe,” Adams said. “For years, the Middle East and Africa were a small share of exports, but now they represent almost 20%.”

While acknowledging the many challenges facing California almonds, Adams also believes “the opportunities are limitless.” India remains the number one export market for U.S. almonds and the largest importer of in-shell almonds. Historically, India and China have been the primary destination for in-shell markets, but given the recent trade situation with China, India has absorbed much of those shipments. Do you want to learn more about ABC’s global marketing and trade and regulatory work in countries across the world? Mark your calendar for Dec. 8-10 to attend The Almond Conference 2020. Held virtually for the first time this year, this ABC-hosted event will allow maximum global participation while offering the same quality information and engagement as past conferences. Learn more at almondconference.com.