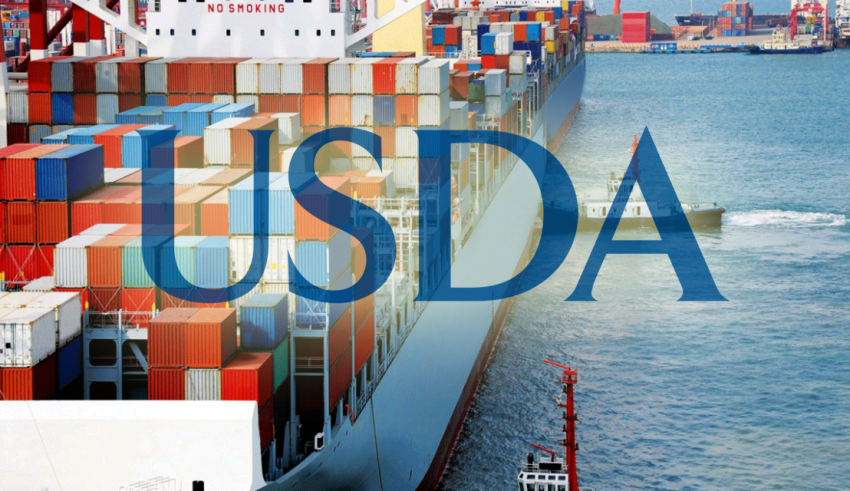 Aflatoxin Levels in a Trade Context

Samples of U.S. product tested for aflatoxin in EU countries must comply with maximum EU levels which are than the United States levels. Since the 2010 adoption of Commission Regulation (EU) No 165/2010, the EU maximum levels for aflatoxin total in ready-to-eat almonds and pistachios are aligned with the Codex levels. This regulation was based on the 2007 EFSA Scientific Opinion. The EU and the Codex sampling plans for these tree nuts and for peanuts are also aligned per Commission Regulation 178/2010.

Earlier this year, the 2020 EFSA Scientific Opinion on the risks for public health related to the presence of aflatoxins in food updated the 2007 EFSA Scientific Opinion, leading to ongoing EU discussions on the potential need for revision of EU aflatoxin levels. Importantly, the 2020 EFSA opinion also gives the European Union a basis for defining their position in the ongoing Codex discussions on aflatoxin in peanuts.

The EU will only enforce the higher limits for product for further processing if the U.S. goods are appropriately labeled. The product label as well as the documents have to explicitly state that “product shall be subjected to sorting or other physical treatment to reduce aflatoxin contamination before human consumption or use as an ingredient in foodstuffs”. This label clearly distinguishes these goods from RTE products upon arrival in the EU. Foods imported under the for further processing provisions will likely be subject to aflatoxin testing or other verification by Member State import authorities after processing to ensure they comply with EU requirements. 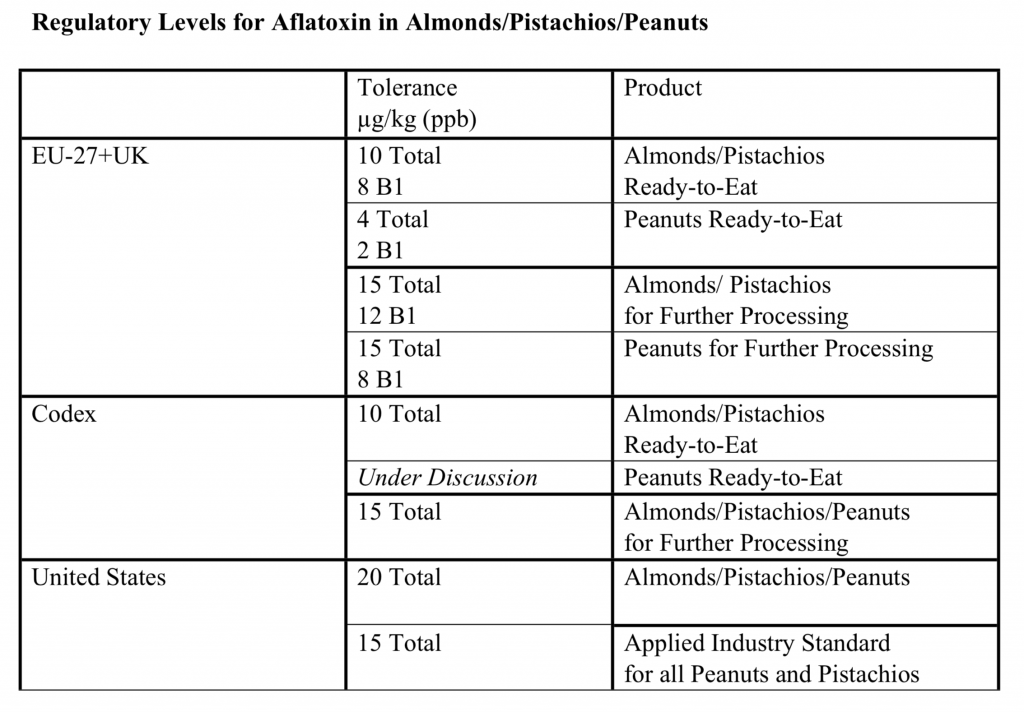 Peanuts and peanuts products are also often exported as bird feed. In addition to the regulatory levels for food, the EU also has a maximum levels of 20 ppb B1 in place for most feed materials with some exception for which stricter levels apply (Directive 2002/32/EC). FDA has action levels in place for aflatoxin in peanuts and peanut products (Guidance for Industry: Action Levels for Poisonous or Deleterious Substances in Human Food and Animal Feed) ranging from 20 to 300 ppb depending on its use in different animal categories.