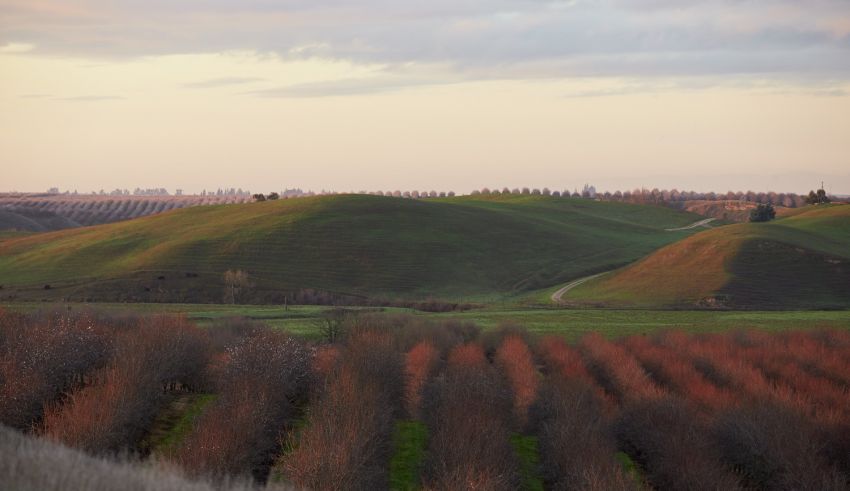 The Almond Board of California (ABC) today announced an investment of $5.9 million dollars in 85 independent research projects exploring next-generation farming practices. With this commitment, the California almond community has invested $89 million in research since 1973 to build a foundation of knowledge on responsible farming practices, food quality and safety and almonds’ impact on human health.

A tangible example of the almond community’s commitment to continuous improvement, the Almond Orchard 2025 Goals, launched in January 2019, will leverage this research as farmers strive to meet measurable objectives with the goal of growing almonds in better, safer and healthier ways. The Almond Orchard 2025 Goals Roadmap, released today, outlines the almond community’s sustainability journey in four goal areas, as well as the metrics that the industry’s progress will be measured against.

“The California almond community takes a long-term view of success based on respect for the land and local communities. Earlier this year, the California almond community set four ambitious goals aligning with our vision to make life better by what we grow and how we grow,” says Holly King, chair of the Almond Board of California. “The Almond Orchard 2025 Goals build on decades of progress, fueled by research. Fulfilling these commitments will require hard work, dedication and resources, including funding independent research to test new technologies and sharing the results as these approaches are proven.”

Of this year’s projects, ten focus on water with an investment of $678,000. Since 1982, California almond farmers have committed $8.1 million dollars to 221 different water research projects spanning irrigation efficiency, groundwater recharge and water quality. Together this investment has helped reduce the amount of water needed to grow each pound of almonds by 33 percent over the past 20 years.[1] By 2025, the California almond community commits to reducing the amount of water used to grow a pound of almonds by an additional 20 percent.

Progress towards this goal is being measured against almond farmers’ annual irrigation water applied per unit of crop yield. While 77 percent of almond farms utilize efficient microirrigation,[2] nearly double the 42 percent average for California farms, further improvements are underway. ABC is working with farmers to support their progress up the Almond Irrigation Improvement Continuum, a roadmap created by irrigation experts that outlines key irrigation management practices and how to achieve increasing levels of precision in each area.

Achieving Zero Waste by Using Everything the Orchard Grows

Almonds grow in a shell, protected by a hull, on a tree, and the California almond community ensures that each of these coproducts is put to beneficial use. Since 1977, ABC has funded 79 research projects totaling $3.5 million exploring the best ways to utilize these materials, establishing traditional uses such as dairy feed, livestock bedding, and electricity generation. Thirteen new studies have been funded this year with a commitment of $607,000 dollars to determine how almond coproducts may address needs in other sectors, with promising leads in strengthening recycled plastics, creating biofuel and more. By 2025, the California almond community commits to achieving zero waste in orchards by putting everything grown to optimal use.

Given that almond coproducts are widely utilized already, progress toward this goal focuses on reducing the industry’s environmental footprint and adding value – economically and environmentally – via three key measures. These include: 1) significant increases in recycling trees into the soil when an orchard is removed, using the trees’ woody biomass to build healthier soils and address climate change via increased carbon sequestration, 2) diversifying applications for hulls and shells beyond current uses in the California dairy industry and 3) the effective elimination of open burning as a means to dispose of woody biomass.

In addition to water sustainability and coproduct utilization, investing in research has also resulted in significant advancements in the areas of nutrient management, air quality and honey bee health. For example, farmers work closely with beekeepers and follow research-based best practices to ensure the safety of honey bees, essential to pollinating almonds. ABC has funded more research related to honey bee health than any other crop group,[3] with 125 projects funded to date. This year, California almond farmers have added to that investment with five new research projects totaling $336,000.

“I often think of us as surfers,” said ABC chair, Holly King. “Surfers are strategic about where to catch a wave, and we’ve done that over the years with our research investments, catching the wave that will bring the greatest return. Today’s investment will not only help farmers grow almonds more efficiently, but also ensures we’re solidly riding the wave to a more sustainable farm of the future.”

ABC research projects are funded through an assessment placed on each pound of almonds grown in California. After review by third-party research advisors and workgroups focused on distinct almond farming topics, projects are selected by a committee of almond farmers and processors based on strategic alignment to industry needs and anticipated impact of the research.

For more information about ABC’s 46 years of almond farming and environmental research, and to explore how this research supports the California almond community in growing the farm of the future, visit Almonds.com/GrowingGood.