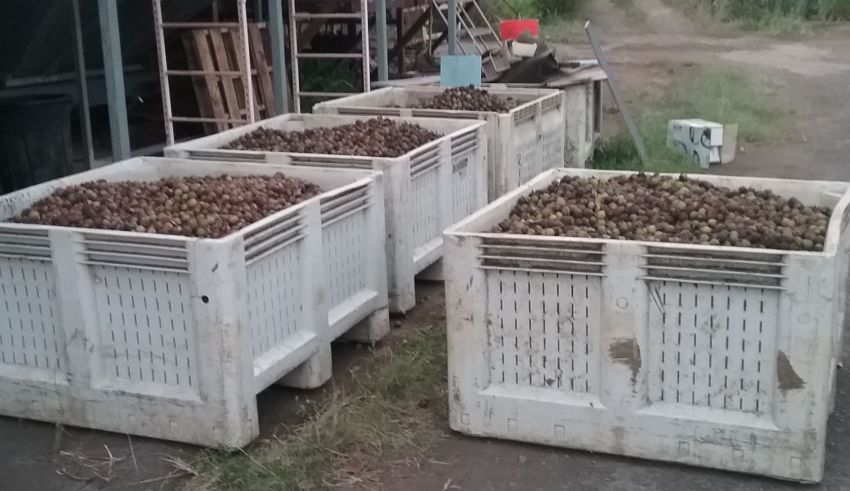 Hawaii utilized macadamia nut production for 2017-2018 increased 17 percent from last season to 49.0 million pounds (net, wet-in-shell basis) according to the National Agricultural Statistics Service. The crop posted the largest production in six year and had a new record high farm price. Growing conditions were generally favorable for the crop but spoilage was higher. Labor shortage, wild pigs, and pest problems continued to be challenges this season.

The in crop and harvested acreage estimates for 2017-2018 remained unchanged from the previous season at 18,000 and 16,000 acres, respectively. Approximately 1.3 million trees were estimated for in crop acreage.  Yield averaged 3,060 pounds per acre, up 16 percent as compared to the previous year’s estimate of 2,630 pounds.  Average moisture content for the overall crop this season was 20.5 percent compared with 19.8 percent from last season.