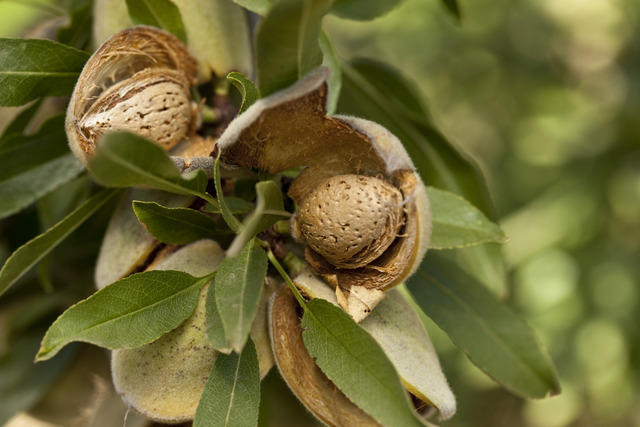 Forecast estimated at 2.45 billion pounds for the 2018 California almond crop

MODESTO, Calif. – Despite concerns earlier in the year about freezing weather during almond bloom, careful management by California farmers and newer orchards coming into production have resulted in a record-breaking crop according to the 2018 Almond Objective Measurement Report. This confirms earlier predictions from the 2018 Almond Subjective Forecast released in May.

Published today by the United States Department of Agriculture (USDA) National Agricultural Statistics Service – Pacific Regional Office (NASS/PRO), the Objective Report is the official industry crop estimate. The report finds that the 2018 crop estimate is up 7.9% from the 2017 crop production of 2.27 billion pounds.

“2018 looks to be a milestone year for California almonds with over one million almond-bearing acres now in California,” said Holly King, chair, Almond Board of California (ABC) and Kern County almond grower. “However, it is not just about the number of acres, it’s also about growing more almonds per acre. As we have grown in size, we have continued to find ways to grow almonds more efficiently, using fewer resources and leaving a smaller footprint per nut.”

The California almond community, through ABC, has invested nearly $70 million over more than 40 years to build a foundation of research on improving how almonds are grown, processed and consumed. This culture of continuous improvement brings benefits to local communities and the environment while helping farmers be responsible stewards of the land.

“California is home to the world’s most efficient almond farmers, who produce more than 80 percent of the world’s supply,” said Richard Waycott, president and CEO, ABC. “The California almond community continues to meet the steadily growing demand for almonds, supporting healthy and diverse diets around the globe.”